Some Koochiching County homes and businesses are closer to getting high-speed internet thanks to a $2,562,916 grant recently announced by the State of Minnesota Office of Broadband Development. The Paul Bunyan Communications – North Central Minnesota Fiber Project will upgrade approximately 914 unserved and 439 under-served locations in parts of the Leech Lake Indian Reservation and rural portions of Cass, Itasca, Koochiching and St. Louis counties.

“Service is expected to be available in all of these areas by the spring of 2022” says Steve Howard, Paul Bunyan Information Technology and Development Manager.

In a funding partnership with the State of Minnesota, Minnesota Iron Range Resource & Rehabilitation Board (IRRRB), Koochiching County, and Morcom Township, Paul Bunyan Communications will improve broadband service levels up to 1 Gbps download and 1 Gbps upload, drastically exceeding the 2022 and 2026 state speed goals. A fiber-to-the premise project, the proposed areas are a response to consumer demand and will provide relief in economically distressed communities that need new alternatives to diversify and strengthen.

For Koochiching County specifically, the grant will allow Paul Bunyan Communications to serve roughly half of the households in the county that currently don’t have broadband, the economic value of which is an estimated $1,850 per household annually.

The Koochiching County and Kabetogama broadband projects began in October of 2018, when the Blandin Foundation invited Koochiching Technology Initiative (KTI) to participate in an internet infrastructure planning meeting at Minnesota’s annual Border to Border Broadband conference in Brainerd, MN.  KTI had already identified five priority areas for improved internet access: Pelland Junction, Rogers Corner, Ray, Kabetogama and Rainy Lake. At the conference, KTI was paired with consultants from Cooperative Network Services to produce an initial feasibility study. After presenting the results at the conference, KTI was approached by Paul Bunyan Communications Information Technology and Development Manager, who expressed an interest in providing services in some of the identified locations.

KTI continued to play a key role in making the project a reality through its efforts to garner community support via social media and door-to-door campaigning. “With many parts of Minnesota competing for limited internet funding, the final decision often comes down to evidence of strong local support for these projects” says KTI steering committee member Jim Yount. “Our community really came together, and it made a difference.” Letters, emails and survey results also supported Koochiching County’s vote to contribute $26,000 towards the Koochiching portion of the project, less than 1 percent of the $2.6 million dollar investment in the county.

KTI will continue to work with potential partners to provide internet to under-served areas, including Ray, Rainy Lake (east of Jackfish Bay) and the greater Littlefork area (outside city limits). Minnesota has $20 million allocated for broadband in 2021, and on January 21st Governor Tim Walz also announced a bill by Representative Rob Ecklund to appropriate an additional $30 million for broadband from the state’s budget surplus. 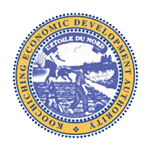